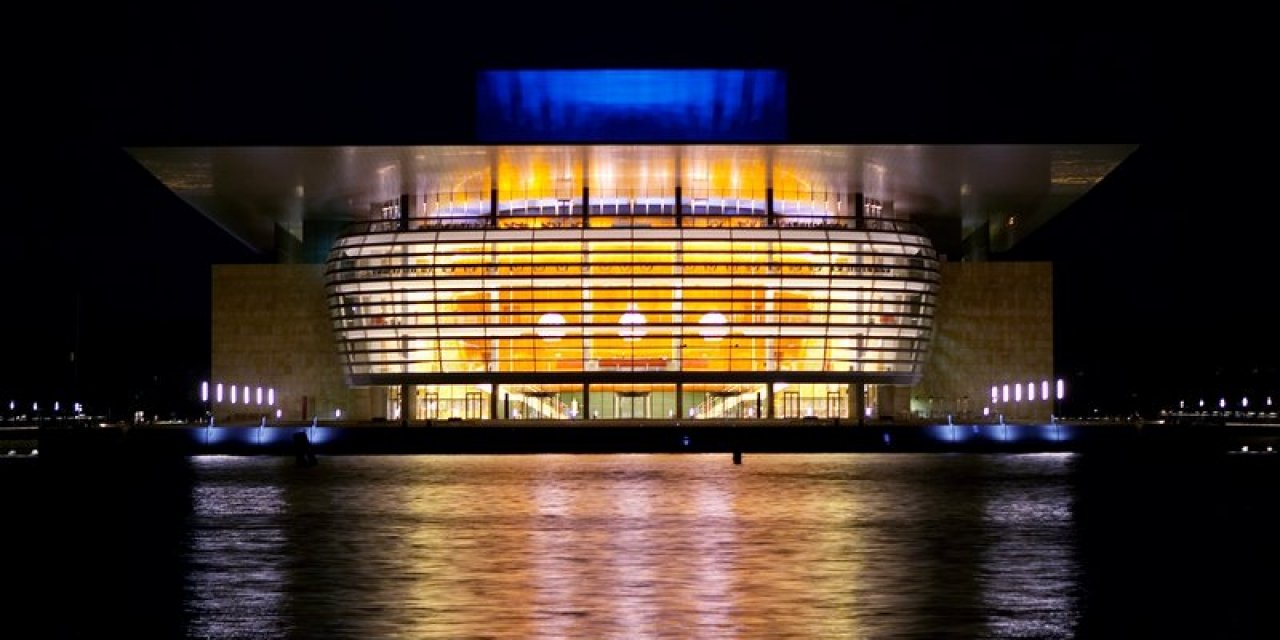 The Opera House in Copenhagen is a very new and modern opera house, and one of the best-equipped in the world

The construction of the opera building began in 2001 and was completed in 2005.

The size of the house is totally 41,000 square meters and five of the fourteen storeys are subterranean. The main stage of the opera seats an audience of 1400.

The Opera House is clad with southern German Jura Gelb limestone, and the foyer features Sicilian Perlatino marble. The wall of the auditorium facing the foyer is clad with maple wood, and the ceiling in the main auditorium is adorned with 105,000 sheets of 24 carat gold leaf, equivalent to 1.5 kilos of gold.

The Royal Opera House is designed by Danish architect Henning Larsen, and several Danish artists have contributed to the decor, just her to mention Per Kirkeby, who has created four bronze reliefs, and Olafur Eliasson has contributed the three light sculptures for the foyer.

The Opera House one of the most expensive ever built

The new Danish Royal Opera House is a donation from the A.P. Møller and Chastine Mc-Kenney Møller Foundation to the Danish state in August 2000.

The Opera House is one of the most expensive opera houses ever built. In the year 2000, it cost 2,3 billion kroner til built, and it is beautifully situated at the harbour just across the royal residence, Amalienborg Palace and nearby the headquarter of the Mærsk company, which the donator was the co-founder of.