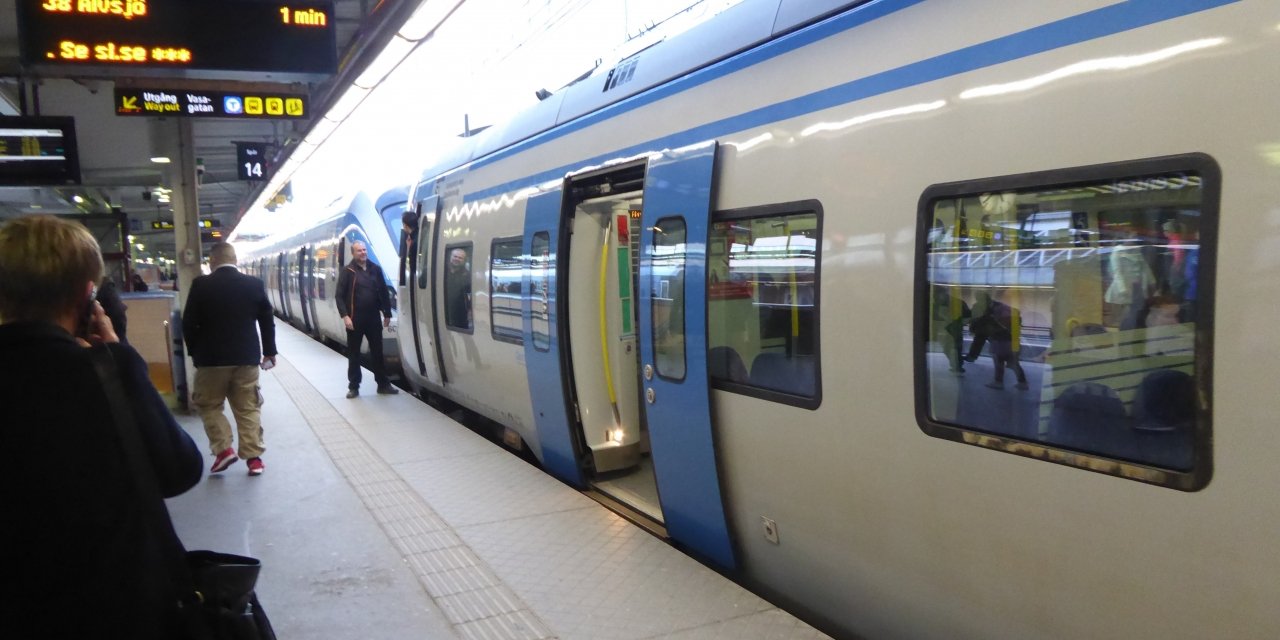 In Stockholm, the public traffic systems are divided into three zones, and zone tickets are good for several trips within 75 to 120 minutes.

You can buy your tickets at SL Ticket Centres, underground metro platforms, kiosks or online.

It is not a choice to pay by cash in for tickets on board buses in Stockholm. Most bus stops have ticket machines that take both coins and cards. Prepaid cards are the best solution for tourist in Stockholm. It's possible to buy 1, 3, or 7-day cards, which allow free travel in all zones during the validity period.

Another alternative is the Stockholm Card, which allows free travel and free entry to more than 75 museums and attractions in the city. Stockholm Cards are valid for 2, 3 or 5 days.

Travelling by local ferries is a fantastic way to experience a city built on islands. Ferries are used by both commuters and tourists wanting to take a better look around.

There are ample ferry departures from Nybroviken and Slussen out to the leafy island of Djurgården. An SL Card includes ferries from Slussen and you can also buy single tickets on the quay.

Discover the city by bus and metro

Take a trip on the number 69 bus or number 7 tram, it is a superb way to discover Stockholm. The lines go out to Djurgården and major attractions like Skansen and the Vasa Museum.

The inner city buses running on eco-friendly fuels such as ethanol, which also helps to make Stockholm to one of Europe's greenest cities.

The Stockholm underground is also known as the world’s longest art gallery as so many of its stations are adorned with the works of different artists. The underground is the easiest way to get around town.

Travelling by local ferries is a fantastic way to experience a city built on islands. Ferries are used by both commuters and tourists wanting to take a better look around.

There are ample ferry departures from Nybroviken and Slussen out to the leafy island of Djurgården. An SL Card includes ferries from Slussen and you can also buy single tickets on the quay.

To & from the international airport

Stockholm Arlanda int. Airport is Sweden's largest airport and acts as an important hub for the Stockholm region and Scandinavia - owing to flights to 172 destinations around the whole world, and good ground transportation to and from other parts of the Stockholm region.

You will find Stockholm-Arlanda Airport is located 40 kilometers (25 miles) north of Stockholm City.

The Arlanda Express train operates from Arlanda Airport to/from Stockholm Central Station every 15 min. throughout the day. The travel time is only 20 min. Single fare is SEK 280 (2016), return SEK 540 (2016).  A surcharge is applicable when purchasing your ticket on board the train.

Another option is the Commuter trains (operated by the public transport company in Stockholm, SL) to Stockholm depart twice an hour from Arlanda Central Station in Sky City. Total travel time between the airport and Stockholm Central Station is 43 minutes.

You can take the Flygbussarna Airport Coaches to and from the airport. They depart every 10-15 minutes between Arlanda Airport and the City Terminal (located next to the Central Station).

It takes around 40 minutes to Arlanda airport. Buses also run to Liljeholmen via Karolinska, Fridhemsplan and Södermalm (50 min). To Bromma airport via Kista and Sundbyberg. (54 min).

There is also a possibility to take Air Shuttle buses. They depart every 20 minutes from Arlanda Airport and the City Terminal. The travel time is around 35 minutes to Arlanda.

A number of taxi companies operate in Stockholm, and their rates can vary. Note that there are fixed rates for transfers to and from Stockholm Arlanda Airport ranging from SEK 395-599. Make sure to confirm the rate before you leave the airport.